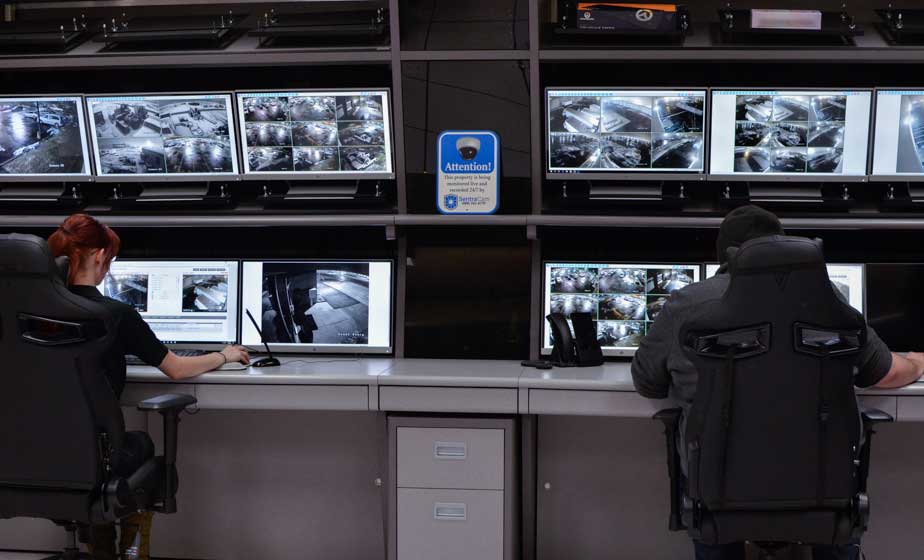 Why Companies are Switching to Live Security Camera Monitoring Services

Until recently, companies had two options for security their property: they could hire an on-site security guard or they could install a security camera system.

As many soon found out, off-the-shelf video surveillance systems weren’t really solutions at all. While they might provide evidence for the authorities, they did nothing to actually prevent crimes. Business owners were stuck merely reviewing security footage of how their assets were stolen or damaged.

On-site security was a step in the right direction because a security guard could help prevent crimes from happening. However, physical guards are often expensive and limited in their ability to monitor an entire property at one time. The safety of the guards was also a concern.

Because of these weaknesses, the first generation of live security camera monitoring services moved in to fill the gap. The idea was that by having people monitor those cameras in real time, an entire property could be monitored at a lower cost than hiring one or more full-time security guards.

Unfortunately, this first generation solution had problems of its own. Attempting to monitor multiple cameras and property areas at one time can be overwhelming, resulting in missed criminal activity. Many security companies would resort to hourly remote video tours, making them no more effective than an on-site security guard. What’s more, low light conditions and distance would often make movement undetectable to the human eye on security monitors.

Surveillance Technology to the Rescue

While many security companies still rely solely on remote video tours, new advances in surveillance technology allows the next generation of security camera monitoring companies to offer features that border on the super-human. By combining live monitors with advanced movement detection and smart algorithms, these virtual security guards can cover an entire property in real time, even it low light areas.

For example, let’s say a trespasser steps onto the property of a car dealership after business hours. The computer-enhanced surveillance system immediately detects the intruder and notifies the guard – pinpointing the trespassers exact location on a high-definition monitor. The remote video guard can then intervene at the location through the use of amplified loudspeakers. If the intruder refuses to leave the premises, the live monitor can contact the authorities.

To avoid false alarms, today’s professional video surveillance use algorithms to learn what is and what is not. It starts when the camera system is installed. At that time, virtual boundaries are set up so that only movement within the client’s property is detected. From there, uses a combination of artificial intelligence and guard input to learn how to determine a real threat.

Live remote monitoring systems can do more than just catch the bad guys. Some video surveillance companies also offer job progress tracking in the form of time-lapse technology. This is an important feature for some industries like construction – allowing clients and potential clients to see the progression of a project over time.

Today’s monitoring services can also help protect your employees, for example, while walking to their cars. Plus, if the virtual guard notices suspicious employee behavior or possible safety hazards, they can alert the owner. Video evidence can also be used in case of worker compensation claims.

Some service providers also give business owners access to the live video cameras. By logging into the security system through a smart phone or tablet, business owners can discover what actions are being taken when they aren’t on the premises.

Video surveillance solution providers have come a long way over the years. Next generation providers are offering solutions equipped with digital and network-based smart technology for powerful real time monitoring. No longer limited to large companies with big budgets, these cloud based surveillance-as-a-service solutions can help companies of any size.